Established over 18 years ago by Angus MacPherson and Andres Reig-Schmidt, Herax Partners has a team of experienced and independent-thinking professionals to advise on complex international transactions. 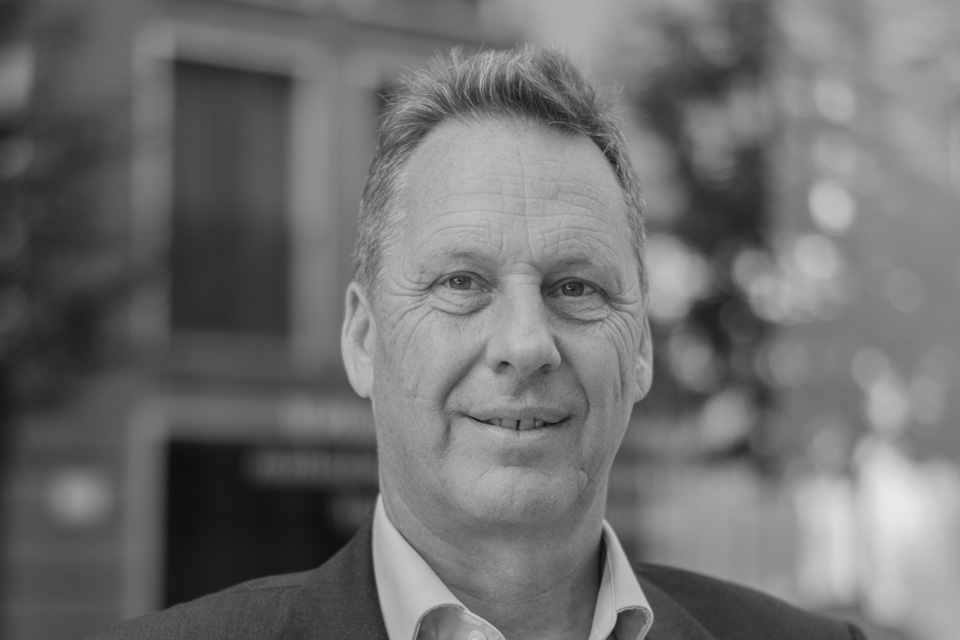 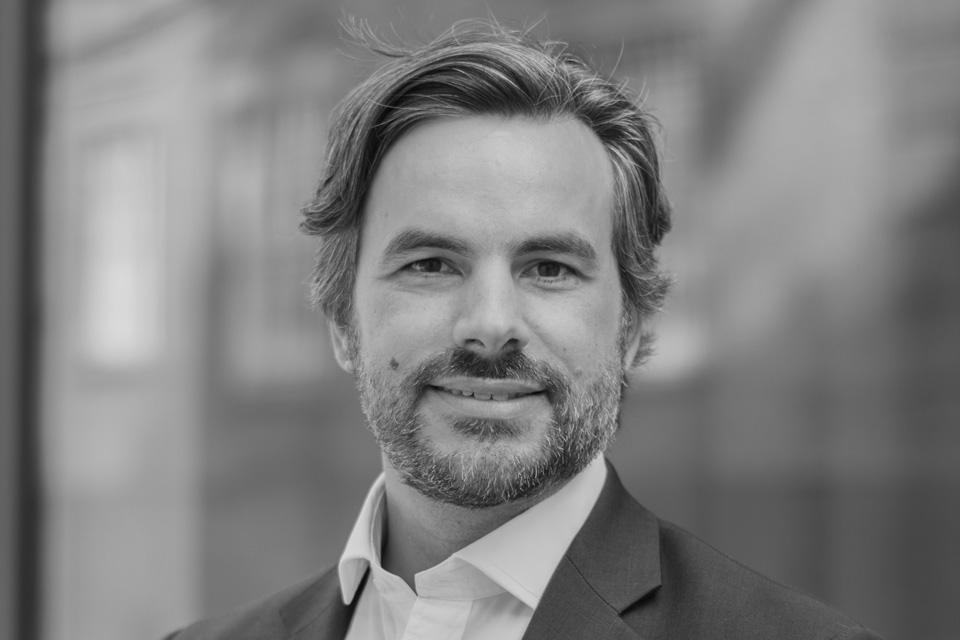 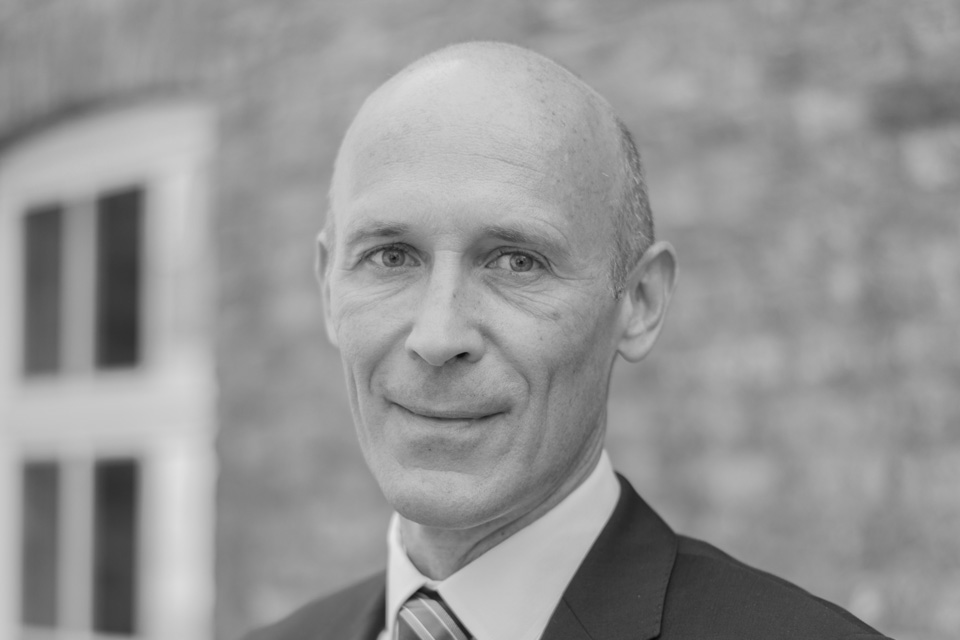 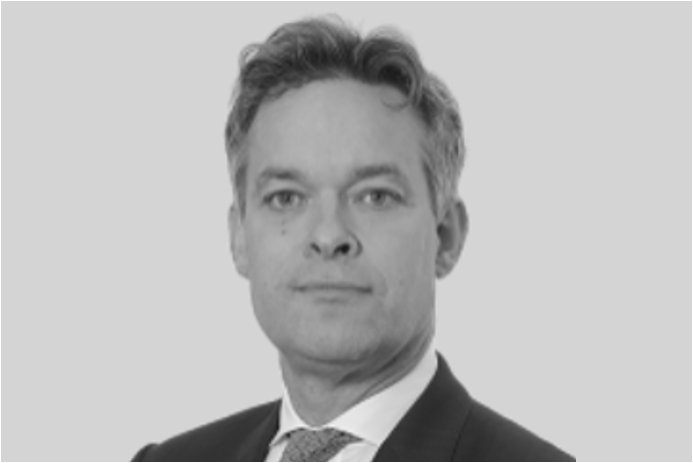 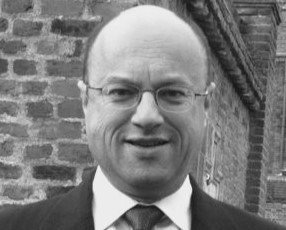 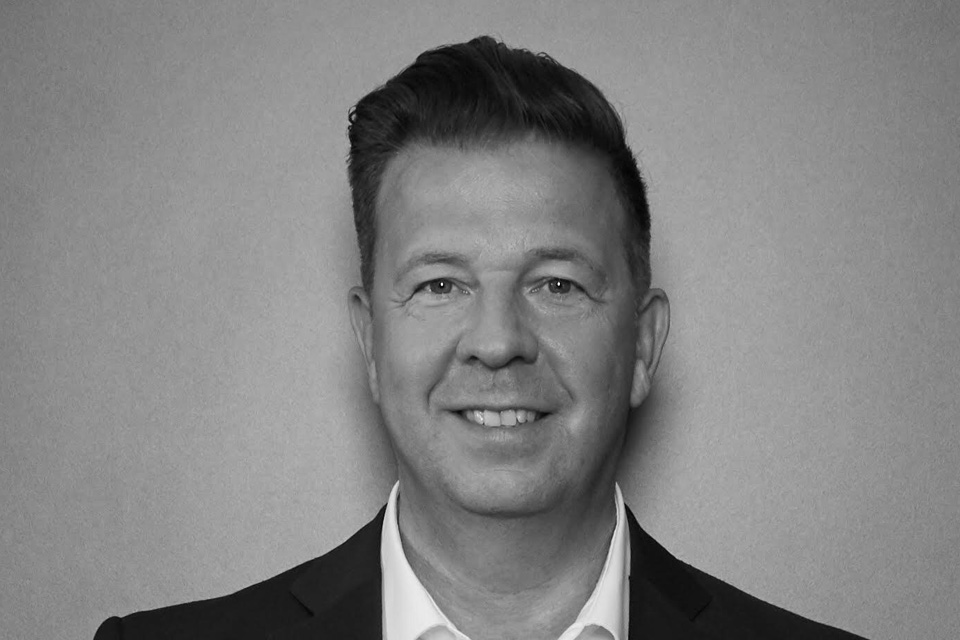 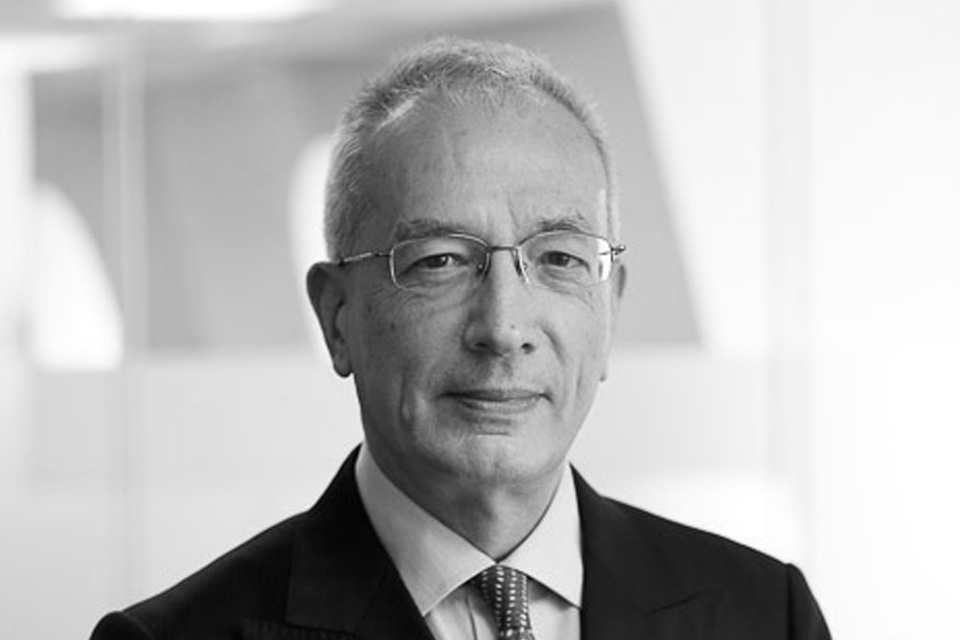 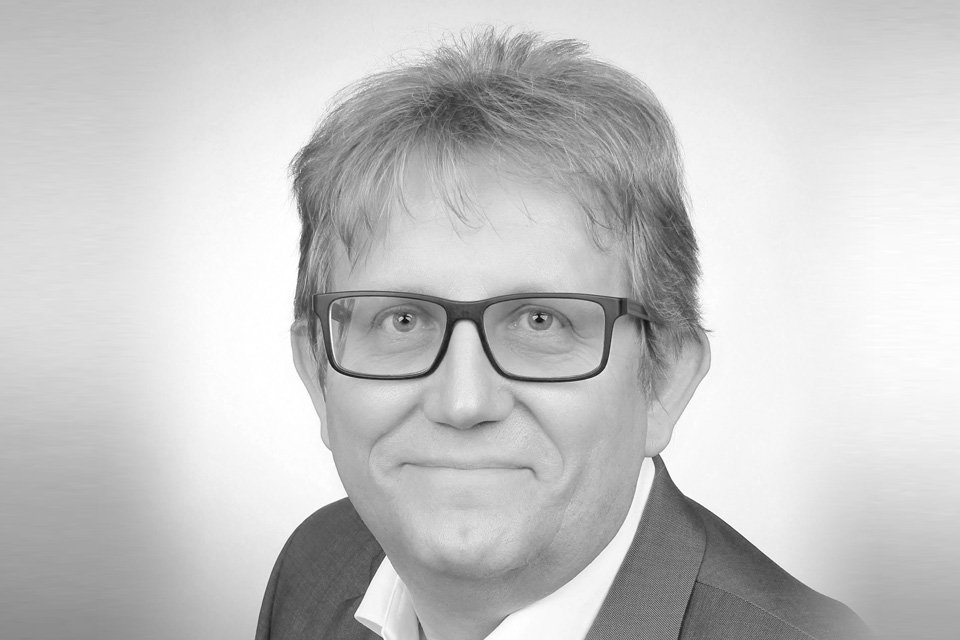 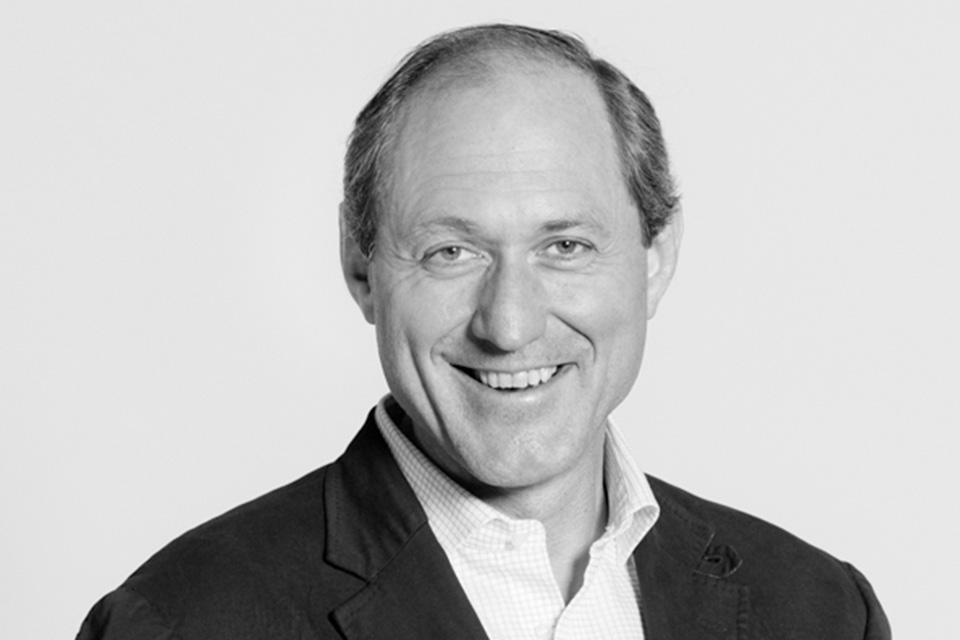 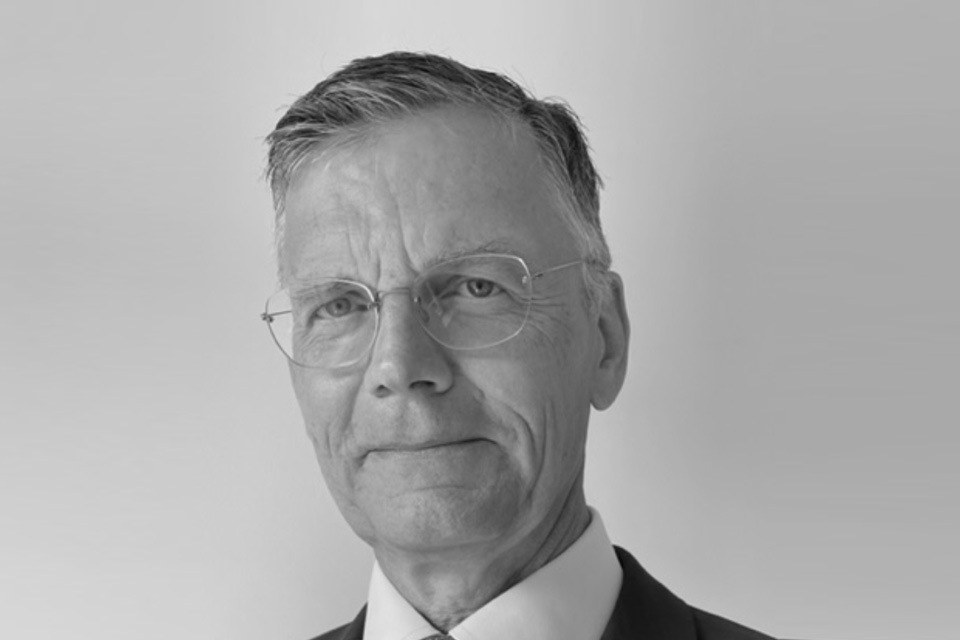 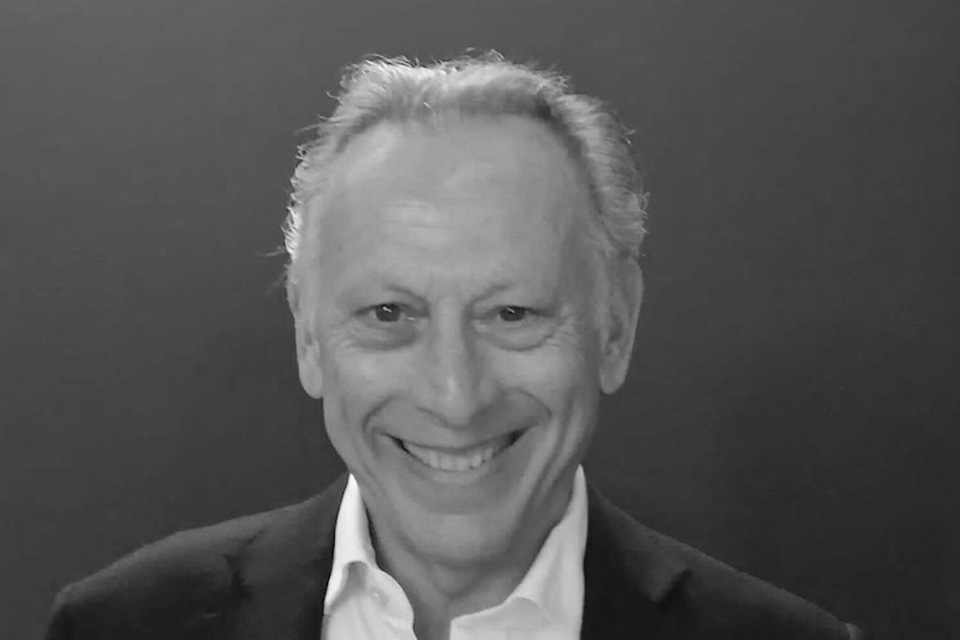 Angus has over 28 years experience in investment banking. Prior to setting up Herax, Angus was managing director at HSBC Investment Bank, where for 8 years he led the team focusing on clients in the German-speaking region. Previously, he established and ran the corporate finance team at HSBC Trinkaus & Burkhardt, in Dusseldorf. Angus is a Chartered Accountant, a member of the Securities Institute and a fluent English and German speaker

Andres focuses on M&A transactions as well as private equity-driven transactions in Germany. Prior to founding Herax he was at HSBC Investment Bank where he worked in the German team and the Financial Sponsors Coverage teams in London. Andres is a dual German and Spanish national and speaks English, German and Spanish.

Christian joined Herax Partners in 2019, having previously worked at Houlihan Lokey (HL) as Managing Director in the Financial Institutions Team. Prior to HL, Christian worked as a Managing Director at HSBC Investment Bank covering Banks and Insurance Companies in the DACH region and the Netherlands with regards to capital, funding and strategic advisory.

Robert has over 30 years of experience in investment banking and alternative asset management with firms such as HSBC Investment Bank, Swiss Bank Corporation, Dubai International Capital, and Millennium Management. He has lived and worked in Stockholm, Malmö, London, Paris, Dubai, and New York City.

His experience covers M&A, corporate finance, and capital raising in Europe. His geographic focus is Scandinavia and the UK. He holds an MBA from Columbia University in New York City as a Fulbright Scholar. He is a citizen of Sweden where he resides

Markus is a Managing Partner of Envoled, an award-winning strategy, marketing, and customer-centricity consulting firm. Prior to his role at Envolved, he was CEO of DeutschlandCard GmbH, one of the leading customer loyalty programs in Europe with over 20 million members, part of the Bertelsmann Group. Markus held various leadership positions within the Bertelsmann Group prior to his appointment as CEO of DeutschlandCard.

Markus works with Herax Partners on Capital Raising & M&A projects across a variety of sectors including FinTech, Financials Services, and Business Services.

John has over 40 years experience in investment banking having been a director of Samuel Montagu and managing director, head of international team at HSBC Investment Bank, specialising in M&A and capital raising. More recently John was a founding partner of SP Angel Corporate Finance and a non-executive director of two listed Russian companies. He is presently chairman of a main board London-listed company and a non-executive director of another listed company. John is a Chartered Accountant and a Chartered Banker.

Michael has more than 30 years of experience in financial services. After many years in various positions in BHW with focus on sales, product management and marketing he was appointed CEO of Bonnfinanz AG. After the successful repositioning and years of profitable growth he moved as CEO to OVB Holding AG. In 2015 Michael was honored for his great work as best CEO in financial services brokerage with the European CEO Award.

Michael runs his own consulting firm, EXCELLENCE by SYSTEM, which focuses on business, financial and SME services.

Please click on the link below for further details: https://excellence-by-system.de

Richard works with Herax Partners as a Senior Adviser on selected Corporate Finance projects with focus on large FIG transactions.

Richard has close to 25 years international banking & capital markets experience with 22 years in DCM Origination/Fixed Income. During his career, Richard has worked with public sector banks as well as their owners, commercial banks, special credit institutions and agencies as well as corporates.

Prior to joining ABN AMRO London in March 2007, he was Head of Debt Capital Markets Corporate & FIG Origination Germany/Austria for 7 years at Lehman Brothers in London where he focused on hybrid capital and structured transactions and before that in a similar role at Citigroup.

Florian has over 29 years experience in investment banking. Prior to becoming a senior adviser at Herax, Florian was Global Head of Mergers & Acquisitions at HSBC Bank plc in London. Before his secondment to HSBC in London, Florian was a member of the executive committee and Head of Investment Banking at HSBC Trinkaus & Burkhardt in Germany. Florian also spent more than 7 years at Dresdner Kleinwort in Frankfurt; his last role was Co-Head of European Mergers & Acquisitions. He started his career at BHF-BANK in Frankfurt from where he was seconded to London and Singapore.

Christoph is a multidisciplinary manager and has over 22 years of experience in the banking and payments industry. He heads up the E-Commerce division of a global provider of payment software and processing solutions with the focus on build & run solutions for customers and partners as well as banks.

Before that, he was Vice President for E-Commerce & Innovations as well as a member of the management team of Concardis (Nets Group) in Frankfurt/Germany and previously Country Manager at Ingenico for the DACH region in Brussels/Belgium.
Christoph worked for DZ Bank AG in Frankfurt/Germany for more than 6 years, where he started his career and held various management positions. He is also a member of the PayComm Advisory Board.

Christoph works with Herax Partners on fundraising and M&A projects in a number of sectors including FinTech, financial services, banking and the payments industry.

Bernd has over 15 years’ experience in the payment & loyalty industry and heads up the International Business Development Card Division of a Swiss bank, concentrating on payment as well as finance optimization tools for customers outside Switzerland.

Before he was Head of Global Merchant Loyalty at Mastercard in London and prior to that Global Head of Financial Partnerships & Digital Solution as well as Member of the Management Board for Lufthansa Miles & More (the leading customer loyalty program in Europe with over 35 million members globally) in Frankfurt, Germany.

Bernd works with Herax Partners on Capital Raising and M&A projects across a range of sectors including FinTech, Financials Services and in particular in the Payment Industry.

Miles is extremely well-known in the international fashion sector, in which he has worked for the past 40 years. Most recently he was CEO of Ben Sherman from 1997 until 2010, and before that ran Pepe Jeans in Germany for 10 years. In 2010 he was awarded ‘Drapers’ fashion trade magazine Lifetime Achievement Award.

Johannes has 22 years experience in investment banking and wealth management. After many years in investment banking in firms like UBS und HSBC he became head of a private bank in Geneva. Johannes started his career in the Chancellor’s Office, at that time in Bonn, with a degree in political economics from Munich University.

Paul is an American national who has operated in the investment banking environment in Japan for over 30 years. He worked at HSBC Investment Bank in Japan, for 20 years until 2003, focusing on equity capital markets and M&A deal origination. Paul has worked extensively within the Japanese market, active in broking Japanese equities and warrants, Eurobonds, US Treasuries, European equities and American equities with Sanford Bernstein. From 2003, Paul was Managing Director of the FTSE’s business in Asia-Pacific and since 2013, he has worked as Business Development Director for EDHEC Risk Institute’s new venture Scientific Beta.

We use cookies on our website to give you the most relevant experience by remembering your preferences and repeat visits. By clicking “Accept All”, you consent to the use of ALL the cookies. However, you may visit "Cookie Settings" to provide a controlled consent.
Cookie SettingsAccept All
Manage consent

This website uses cookies to improve your experience while you navigate through the website. Out of these, the cookies that are categorized as necessary are stored on your browser as they are essential for the working of basic functionalities of the website. We also use third-party cookies that help us analyze and understand how you use this website. These cookies will be stored in your browser only with your consent. You also have the option to opt-out of these cookies. But opting out of some of these cookies may affect your browsing experience.
Necessary Always Enabled
Necessary cookies are absolutely essential for the website to function properly. These cookies ensure basic functionalities and security features of the website, anonymously.
Functional
Functional cookies help to perform certain functionalities like sharing the content of the website on social media platforms, collect feedbacks, and other third-party features.
Performance
Performance cookies are used to understand and analyze the key performance indexes of the website which helps in delivering a better user experience for the visitors.
Analytics
Analytical cookies are used to understand how visitors interact with the website. These cookies help provide information on metrics the number of visitors, bounce rate, traffic source, etc.
Advertisement
Advertisement cookies are used to provide visitors with relevant ads and marketing campaigns. These cookies track visitors across websites and collect information to provide customized ads.
Others
Other uncategorized cookies are those that are being analyzed and have not been classified into a category as yet.
SAVE & ACCEPT
MENU